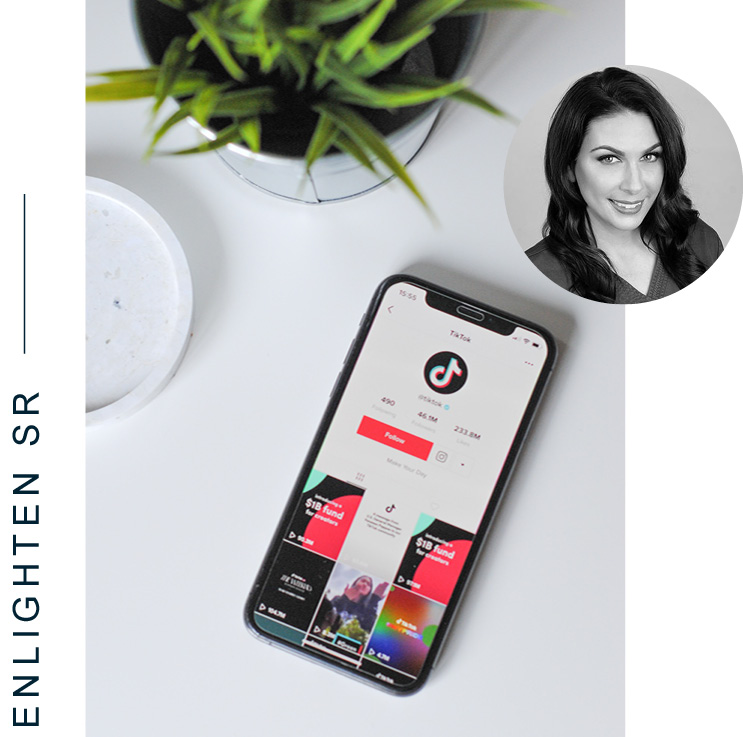 Maximising social media to drive new business and why I’m obsessed with my Enlighten Device!

Kelly George is a Registered Cosmetic Nurse and the Founder of Kelly George Aesthetics. With over 15 years’ experience in this industry, Kelly’s career in medical aesthetics began in 2006 working for Allergan Australia. Since then, Kelly’s passion for helping her patients achieve great skin and natural results has been the driving force behind her success in this industry. Kelly’s philosophy is that “great skin is achieved through science, not marketing gimmicks”. Her commitment to this philosophy has ensured an outstanding 93% client retention rate. In 2018, Kelly won the Plastic Surgery Hub’s “Australia’s Favourite Injector” and in 2019 was named among the Ultimate 100 Global Aesthetic Leaders, by My Face My Body. In 2019, Kelly also launched KGA Body – Australia’s first full range of active skincare designed specifically for the body. Kelly also runs KGA Clinic Coach, a consulting business for clinic owners wishing to maximise their business potential.

The systems versatility allows for customised treatments to multiple body areas simultaneously based on patients need in as little as one 15-minute treatment protocol. Hear from Dr Theva about how truSculpt iD and TruSculpt Flex has revolutionized his practice

I guide and provide customised solutions for each client to rediscover their natural, youthful looks, build confidence without surgery and be the best version of themselves.

I also assist clients in providing a holistic approach towards ageing, optimising their skin, and regaining their health from inside out to enhance their quality of life.

I guide and provide customised solutions for each client to rediscover their natural, youthful looks, build confidence without surgery and be the best version of themselves. 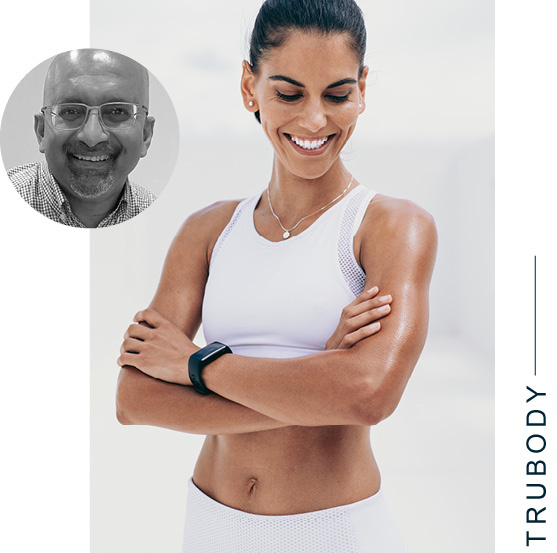 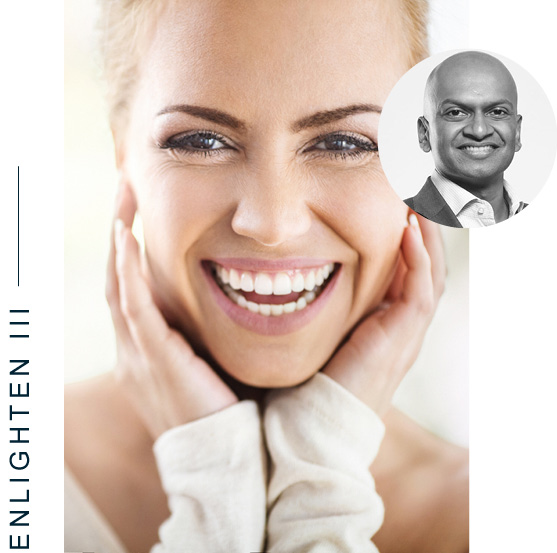 Dr. Manoharan is one of Australia’s leading laser dermatologists. He specialises in the use of energy based devices for both medical and cosmetic dermatology.

Based in Brisbane, Australia, he is the Medical Director of Brisbane Skin and the founder of training organisation, DermEd.com.au

He was previously the Managing Director of Westside Dermatology and Sweat Free Clinics. He is also past Director of Training for the Australasian College of Dermatology (QLD). He has a special interest in combination treatments for complicated scars (acne, traumatic, surgical and burns), pigmentation, laser rejuvenation, and surgical & non-surgical skin cancer management.

Dr. Manoharan studied medicine at the University of Queensland, worked in the United Kingdom and Australia, gained extensive laser and surgical experience in Australia and the United States, and has sub-specialised in cosmetic and laser dermatology.

“The Enlighten III Picosecond laser is a tremendously versatile device that I believe is gold-standard in its class at present.  While useful in removing tattoo pigment, we have extensively and successfully utilised it in the treatment of difficult pigmentary conditions such as melasma and Naevus of Ota. I also use it as one of my go-to treatments for toning, rejuvenation and acne scarring in darker skin types. Cutera have provided excellent support and aftercare, and have always been receptive to my feedback and requirements.”

The treatment of vascular lesions has evolved significantly with the use of laser and light-based technologies. Dr. Roger Bell shares his techniques for successfully treating and clearing a wide range of leg veins across all skin types with excel V+.

Learn how the Excel V+ can:

Dr Roger Bell is a Vascular and Transplantation Surgeon with over 30 years’ specialist experience. Upon obtaining his undergraduate degree from the University of WA in 1979, he received his General Surgical Fellowship from the Australasian College of Surgeons in 1988.

His specialist expertise in Vascular Surgery and Transplantation Surgery was refined by fellowships at the National Liver Transplant Unit in Sydney, and the Vascular Unit at St Thomas’ Hospital in London. With that training Dr Bell was equipped to take on the role of head of Vascular Surgery at Sir Charles Gairdner Hospital, and together with his mentor Prof Tony House, helped establish and progress the Liver Transplant Programme in Western Australia.

During his time as a Senior Lecturer at the University of WA, he published and lectured widely in the fields of vascular surgery and liver transplantation. He also played a pivotal role in teaching and mentoring many aspiring young surgeons.

In 2000, Dr Bell relocated to Melbourne to become a Vascular/Transplantation Surgeon at one of Melbourne’s leading Teaching Hospitals, Monash Medical Centre, where he is currently an integral part of the Vascular and Transplant team.

His interest in treating patients with hyperhidrosis and facial blushing dates to his time in WA, with the advent of laparoscopic surgery. With the move to Melbourne, his interest in this field intensified, and he is now the foremost surgeon in Australia in this field. 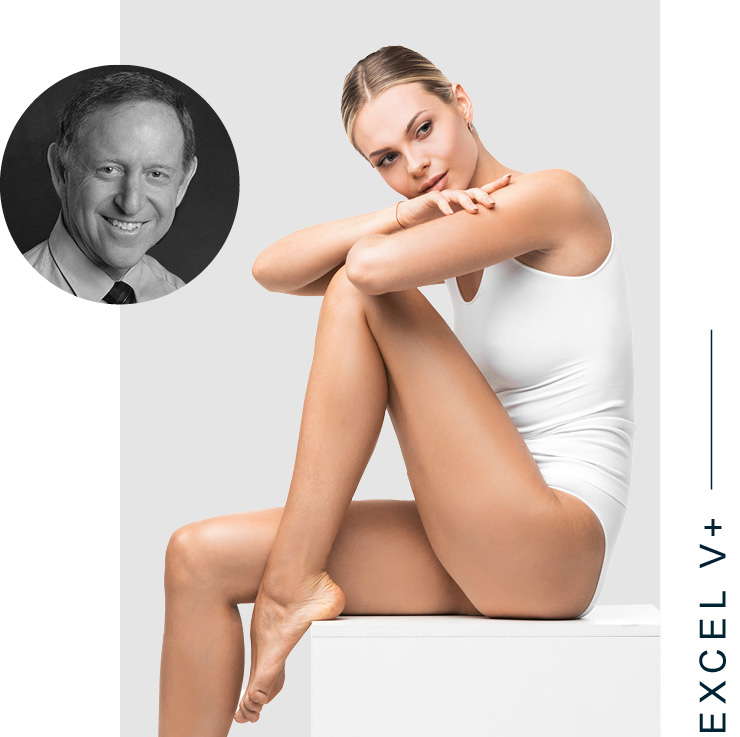 Stay up to date with Cutera’s latest innovations, treatments, technologies and more! 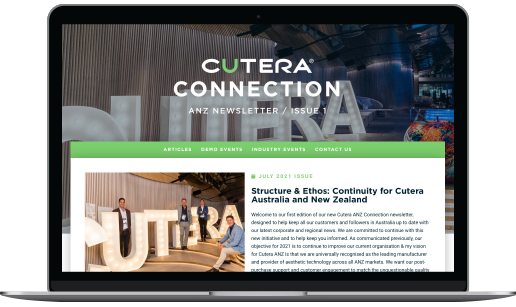